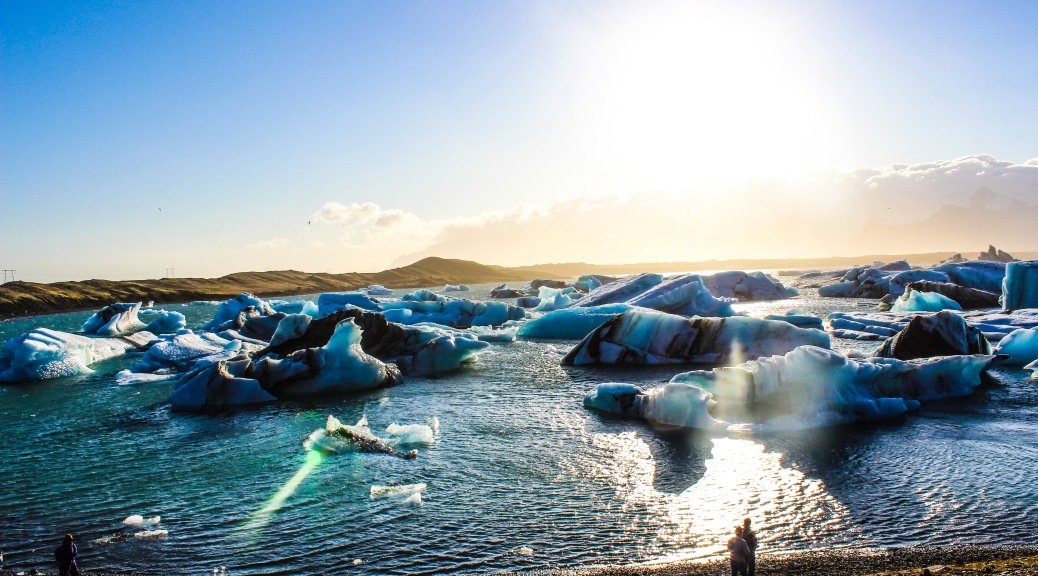 I headed back to reykjavik and made one last stop in Jökulsárlón for just a little more magic.  I went to a less traveled parking lot on the west side of the bridge so I could avoid the crowds this time, and it was well worth it.  I hiked over the little hill and almost had the embankment to myself, when I saw a seal fishing around the corner in a secluded little enclave near the shore. I walked over to investigate and saw a large rock a little way into the water that I could stand on.  I waded in with my waterproof shoes and jumped onto the boulder.  I turned to look at the seal who was now looking at me and i noticed that he now had a friend who was poking his head out of the water as well.  they were both checking me out, trying to figure out what I was up to.  after about 10 seconds they both dove down below the surface and disappeared.  they were gone for another 10 seconds and I began to wonder if they had decided to leave after I crashed their party, when one of the coolest things that’s ever happened to me with wildlife happened:  they resurfaced with 3 friends.  I was now in a staring contest with 5 seals, and suddenly a 6th and a 7th, and then an 8th, and then seals 9 and 10 popped up out of the water, and then an 11th seal jumped up with a splash.  all this was happening less than 30 feet away from me!  I was in paralytic awe.  I could not believe this was happening.  I started to get nervous.  what if they all decided I was breakfast?  surely I could outrun a bunch of waddling seals.  oh wait, there was about 7 feet of water separating me and my perch above the stone from the shoreline.  and I didn’t see 11 of those damn things down there, who knows how many more there were and how close they might be without me knowing.  before I could get further paranoid, one of the seals mischievously slapped one of the other seals with a flipper and submerged, trying to escape retribution from his tomfoolery.  the rest of the seals followed suit and most of them swam away, save for 2 or 3 stragglers, and the moment was gone.  but I will forever savor it. 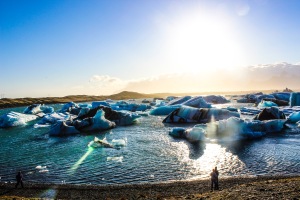 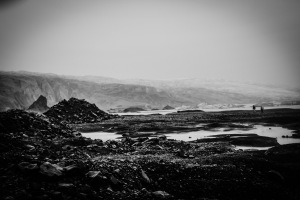 I got back to reykjavik and headed for the airport with a short stop at the Blue Lagoon before takeoff.  If you’re not aware of what the blue lagoon is, you’ve probably seen a picture of it somewhere and just not realized what it is.  It is a giant “pool” with natural water warmed by the volcanic activity below the surface of the earth of Iceland.  so yes, it’s basically just a hotspring, as we would call it in the US, however this is on another level. first of all, the décor and attention to detail of this hotspring is flawless in execution. they’ve thought of everything here, and the luxury is quite enjoyable (especially after a week of arduous hiking and frigid temperatures). It is definitely an expensive excursion, pricing in at 35 euros (probably a little less than $45 US dollars) for their cheapest package, but everything in Iceland is expensive.  one thing that is really disappointing about hotsprings locations in the US is that they typically just look like a swimming pool at the ymca, but instead of smelling like chlorine and kid urine, it smells like farts.  I mean sulfur.  not the blue lagoon.  this place looks like a volcanic oasis, and the water has a naturally sky-blue color to it that is really spellbinding. And instead of a clearly defined pool structure with a rectangular shape of sorts, the blue lagoon has a very “natural” look to it, with a wandering boundary that shoots out into independent inlets and sharp jagged rocks jutting up along the outside of the pool to let you know where the boundaries of the property are (as if the wide expanse of nothingness beyond the pool wasn’t enough to hint to you that you’re enjoying the pool incorrectly).  there are also cool little footbridges leading you to other enclaves of the lagoon that people are usually swimming underneath, as well as little hidden huts with steam baths in them or showers.  there’s also a swim-up bar as well, which I of course loved.

I waded out into the water and marveled at the spectacle.  the air was crisp outside above the protection of the heated waters, so I stayed mostly submerged as I drifted around the pool, relaxing. The steam vents pushed a white fog out that settled low on the water and drifted across the further limits of the pool, creating an ambiance of blue and white colors with the typical bright green mossy background beyond the pool that made you wonder if you weren’t dreaming you were trapped in a lost scene from the movie “avatar,” on a planet far, far away.

In specific spots around the lagoon, there are boxes with a white silica mud that you can scoop out and put on your face and body.  It acts as an exfoliant and dries up to form a hardened mask, similar to something you might see in a fancy spa at a luxury hotel or something.  The effect this has on the guests of the lagoon is actually pretty funny.  It makes the lagoon look like it’s full of pale-faced zombies.

After donning my zombie mask, I noticed a couple of attractive girls nearby so I struck up a conversation. turns out they were from America and were just wrapping up a 2 week trip to france (and I think Italy?) with a short 8 hour layover in reykjavik.  I eagerly asked questions about their travels, hoping I could pick up some tips on where to go and what to avoid.  They had spent some time in the french riviera and said it was magnificent, and that I must go.  how fortuitous!  I had just made friends with natives of the Nice area only days earlier, so I now had further confirmation that it was a place I needed to visit (greg and thomas, start looking out for me in either late october or late november!).

It wasn’t long before we all discovered that we call home to the same great city:  denver.  what a small world.  not only that, but one of them was involved in a couple organizations that had caused her to recently make the acquaintance of my good friend micah.  too funny, the world truly is a small place sometimes.

we were really enjoying our conversation (well, I was anyway.  I can only assume that since they weren’t trying to float away from me that they were as well) about travel and cultural experience abroad, but the time was quickly escaping.  We all had flights to catch.  we agreed to meet back and take the same bus back to the airport so we could continue the conversation.  unfortunately for everyone, I am a dumbass who gets distracted easily, and on my return back to gather my towel and backpack, i noticed a steam room hut that I had not noticed earlier and I popped in for a few minutes.  those minutes proved to be the difference, as I quickly walked out to the parking lot to see the bus pulling out of the parking lot headed for the airport after I had finished showering and making myself presentable. I had just missed my ride.

after spending the equivalent of $65usd on a cab, I found my way to the airport and sprinted through security and barely made my flight.  luckily the airport is a pretty small one, and I miraculously ran into my 2 mystery girls from Denver again, and I was able to exchange information with them.  I wished them well and do legitimately hope that I’ll meet them again someday when I return to Denver.  they are the type of people that I like to call “in tune” (of course it’s a reference to music).  they get it.  they have perspective on life.  they know what’s important and what has real value.  they aren’t mindless consumers.  they don’t simply shop when they travel. they seek experiences over “things,” and they go to real places when they have a travel opportunity, instead of going to places like las vegas and spending 15 times the amount of money they should on things they don’t need or won’t remember.  They’re in tune with the important things in the world around them.

My airplane broke the chains of gravity and I nodded off to sleep.  Soon I would be in the land of harry potter and big ben and high tea.  A place that couldn’t possibly be any further in experience from Iceland. A place called London.