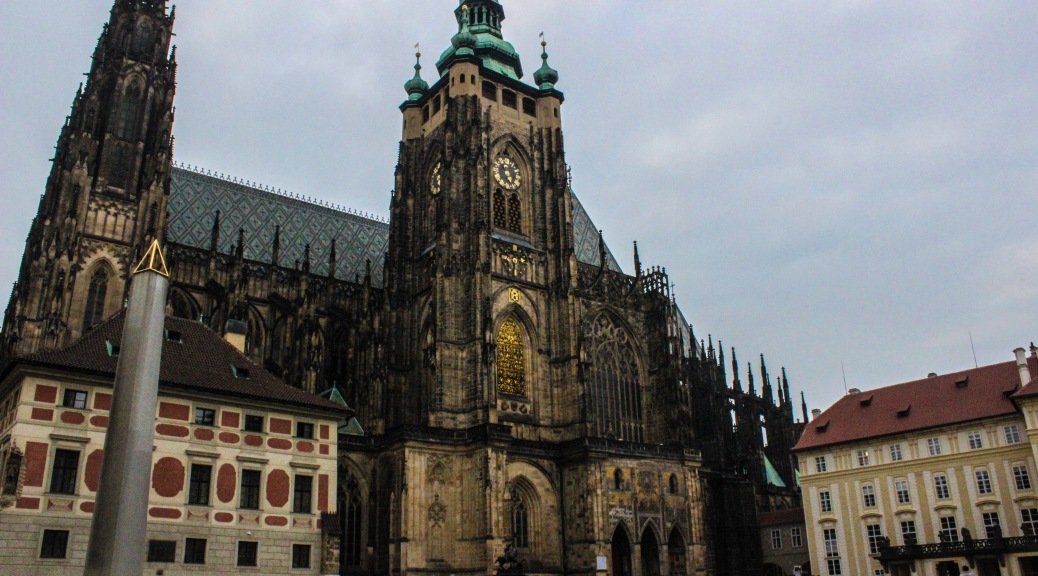 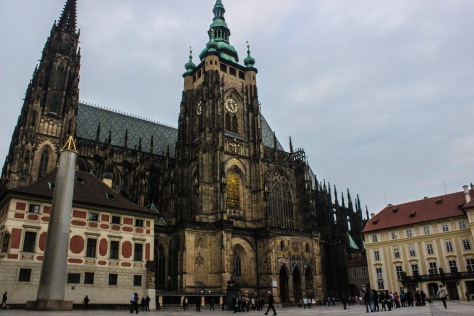 the next day i awoke early from my jazz hangover and left the boatel.  robert and i had agreed to split up again, as i was interested in a bicycle tour to a castle in the czech countryside, while he was interested in seeing some of the lesser explored neighborhoods of prague.

after a little googling, i decided on going with praha bike, a local bicycle tour company, as i was interested in a tour they offer that takes you out of the city and into the countryside to visit karlstejn castle, the former king’s vacation home.  i walked over to the bicycle shop early, as i didn’t have a reservation but i knew they were running a tour that day because i had emailed and gotten a reply, but had not confirmed a booking (i wanted the option to not go without losing money in case i stayed late at the jazz club).  i got there about 20 minutes before any staff arrived so i had to wait in the cold morning air before someone opened up and helped me finalize the transaction.

the group was led by our tourguide, sasha, a slovenian guy in his mid 20s with a welcoming smile and an amiable disposition.  he quickly walked us through the basics of the tour and we set out.  after passing through prague square, we made our way to the riverfront and crossed along the southernmost bridge and slipped away into the countryside. 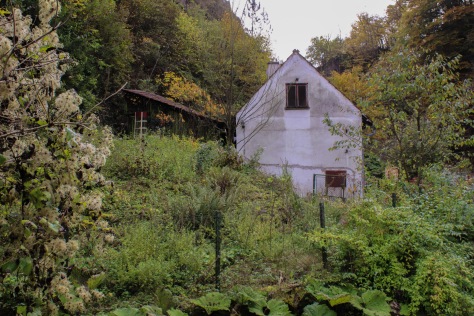 our destination was about 40 kilometers outside of prague to the village of karlstejn.  our group had 12 people not including myself, all couples from various different countries all over the world (yes, i was the only solo attendee again, haha), and during the ride our guide did a great job of personally interacting with each rider individually, dropping back in the pack at times when there wasn’t much deviation from the path and didn’t require a leader.  I made a little small talk but I mainly kept to myself on this day.  i would ride ahead and scout out good photo opportunities, stopping to snap photos as the group passed me by, then hopping back on and catching up to the pack a few minutes later.  i did this all day long, and I could see sasha preferred that i didn’t out of caution that i might get left behind or something, but he eventually accepted that i was in shape enough that i caught back up quickly each time so he never actually objected.  plus i think he knew i was going to do it no matter what, so he let me be.

after a couple hours and a few scenic stops, as well as a beer break (no kidding, out in the sticks someone had set up a bar off the side of the dirt cycling path.  cycling appears to be popular in the czech republic) we made it to karlstejn castle, a large gothic castle established in the 1300s by king charles IV, the king of bohemia at the time.  it was known to be a vacation spot for him and has also housed the crown jewels for most of its existence (currently kept elsewhere).

situated up on top of a hillside inside a canyon with really only one entry point, it has a pretty fair height advantage on anyone approaching for nefarious reasons.  as we ascended the road leading up to the castle, i tried to put myself in the shoes of the people who had lived here in the days when royalty actually took their holidays here.  it seemed like such a surreal world to live in. the town was only founded after the castle was built, so there wasn’t really anything there before, and you have this one monarch and his court and his family that comes into town and suddenly there is a big “to do” about everything. and then he’s gone, and you go back to your normal life.  and what is your normal life?  you have a small garden in your backyard, or a café on the corner that the neighbors come to everyday?  i guess it’s not that strange, but i have never lived in such a life, or anything similar for that matter.  i looked at the people working the cafes as we walked by.  basically every business there was geared toward tourism now.  i suppose the king’s greatest gift to the people really was building his summer home up in the hills there, as he gave the gift of the tourist dollar for centuries to come. 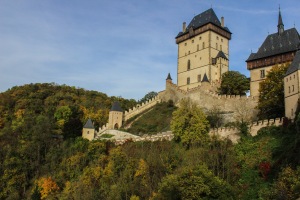 we finally reached the city gates and we entered into the castle walls.  we walked around inside the compound, we leaned over the walls and looked down, we craned our necks up at the towers.  sasha, our guide, told us that if we wanted to enter into the actual castle itself and see the rooms and living spaces, we would have to pay an extra sum of money to enter and then go on an hour long tour which he was not allowed to lead (i guess that is somebody else’s job onsite). i suppose no one in our group felt like paying more money (or perhaps we really just liked hanging out with sasha.  seriously, he was a fantastic guide and made the whole experience 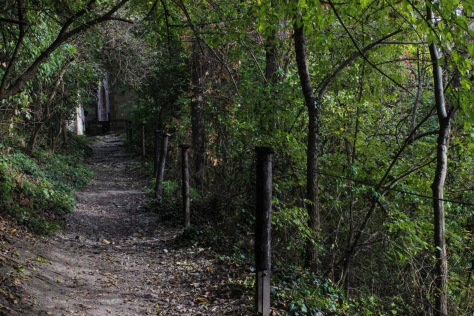 more than just a bike ride out of the city. a tour like this can go wrong really easily if your guide sucks, but sasha was perfect), because we all elected to stay with sasha and head back.  i declined only because i’m not really a big museum guy and i really was only on this tour so i could be on a bicycle and get outside of the city to see something different.  seeing a castle was a bonus!

we exited the castle walls and sasha took us out a back exit that circled around to the other side of the castle that apparently none of the other tourists knew about because we basically had the road to ourselves.  And this side was incredibly more scenic, the views of the castle profile were more spectacular than anything on the main approach.  We were all thankful to see this side, especially as the sun had begun to set and the light was hitting the castle walls really well, making the castle extremely photogenic.

after enough photos, we headed down to the karlstejn train station and boarded a train back to prague.  apparently the ride back was too long to make it back before dark, so when we had chained the bikes up before our walk to the castle, the owner of the tour company had come and picked all the bikes up in a truck and carted them back to the city.

20 minutes later we were back in the city.  i thanked our guide and exchanged goodbyes with all my tour-mates and walked quickly back to the boatel.  time to pack.  time for vienna.

today’s ear wax comes from an artist we’ve already heard from on this blog, but this song is such a perfect soundtrack for this day that i couldn’t ignore it.  from tweedy’s new album “sukieray,”  this is my favorite track from the offering.  “flowering” features subtle acoustic guitars, a muddy lead guitar melody, muted vocals and a mellowed out drum track, this is the kind of song you put on after you put your sunglasses on and go for a walk in the sun.

and here’s the link to the we philistines song selections on spotify: