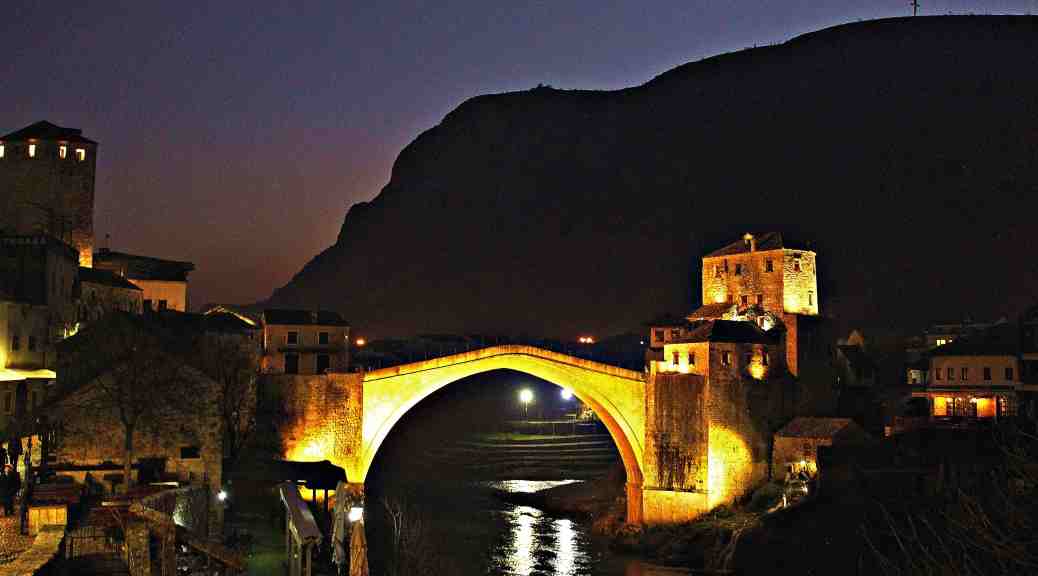 we had been driving for hours in the southwest of bosnia without running into anything noteworthy.  it was winter, and anything resembling a plant was dead.  the rolling hills were a flat brown throughout, and the further into the country we got, the more desolate everything looked.  occasionally we would drive by a tiny village or a bombed-out house on the side of the road, clearly a remaining casualty of the genocide committed here 20 years ago.  a somber silence would sporadically settle in upon our car as we passed the remnants of past atrocities. even the border patrol was scary and depressing.  large men with official military uniforms and big automatic weapons with menacing dogs patrolled the area around our car, and the guards took forever to run our papers, as though they were just waiting us out, convinced we would get nervous and make a run for it.  when the man returned with our passports and then searched our car and our backpacks, he finally asked us one final question: “why do you come to bosnia?”  as if in disbelief that a couple of americans would ever want to visit this place.  i replied with an optimistic “we want to experience your culture and see your beautiful country!”  but he only rolled his eyes and shook his head as he waved us by. this random detour from our croatian holiday was suddenly much heavier than the adventure-filled traverse through the balkans i had envisioned. END_OF_DOCUMENT_TOKEN_TO_BE_REPLACED