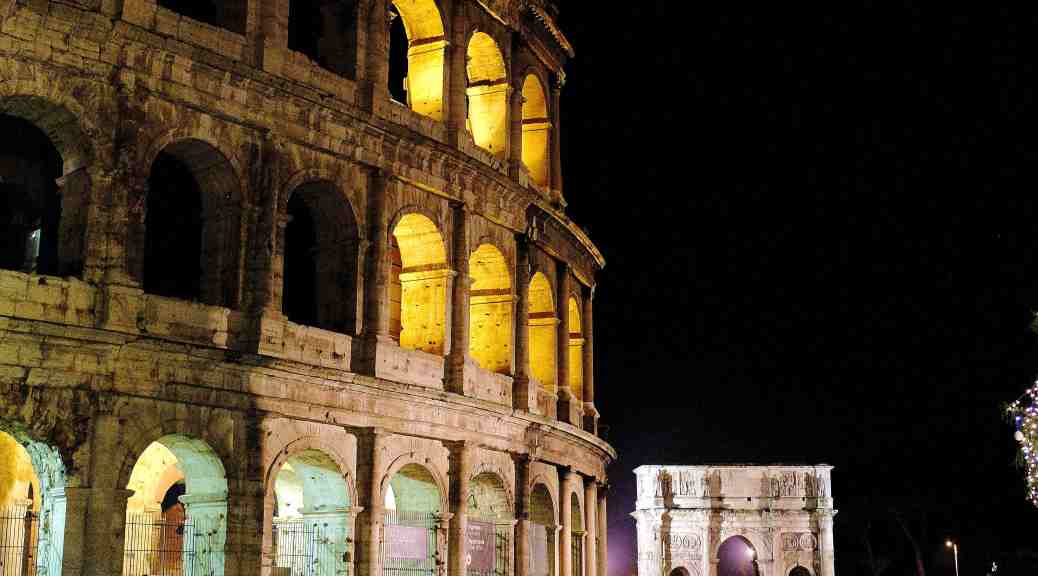 this is my final post on italy.  it was one of those places that i knew i needed to go, but wouldn’t be surprised if i found it overrated.  i didn’t.  it surprised me with every new location i explored, and i truly did wish that i could have stayed there a lot longer.  but i will be back.  someday i will explore the southern half, and i’m sure that it will sweep me off my feet just like the northern half did.  i have one more fun little story about rome below, but before you read that, enjoy this little video i put together of my time in italy with my good friend dave.  also, one last special note.  this is the first time one of my videos features music actually written by me (the first half).  let me know what you think…

i woke up the next morning a little hazy and thick in the head.  there was definitely a point in the night where ceasing to drink would have been wise, it was probably right around the time dave had ordered a pitcher of long island iced tea, but we had breezed straight through that and now i was suffering the consequences.

we only had a few hours to kill before our flight to croatia, so i woke dave up and we groggily walked nearby to the colosseum.  we had only passed by it at night previously, and now that i had a little time, i wanted to see inside.  i initially balked at the ticket prices, but once i realized i could also get into the roman forum with the same ticket, i handed over the cash and we sprinted inside, hopeful that we had enough time to see both historical attractions.

we hurried our way to the highest floor we could find and, frustrated by the crowds, finally made our way out into the open.  it was an overcast, rainy day, but a little weather wasn’t enough to take away from the experience.  as i walked quickly down a main thoroughfare and toward the rail, i slowed my pace momentarily and closed my eyes, trying to imagine what it might be like to be back in this very place almost 2,000 years ago.  i could hear the roar of the crowd (mainly because there were tourists everywhere already), and if i tuned everything out just right i could begin to make out the clashing of steel on steel, the roar of untamed beasts attacking their prey, the ebb and flow of the crowd’s excitement as they waited to see who would be mercilessly eviscerated and who would be victorious.  what a simultaneously awesome and awful thing to experience. as i reached the railing i opened my eyes to find the remaining shell of what at one point was considered arguably the greatest structure in the world.  it was stunning to see in person just how well preserved the colosseum still is. nearly two millenia and those walls were still standing strong.

mindful of the clock, we did a lap around the structure and then made our way over to the roman forum, which was equally as impressive.  remembering my grade school history classes, i began to recognize some of the structures as i walked slowly, marveling.  i was surprised by the close proximity of all the ancient buildings, in my mind, rome had always seemed so immeasurably huge, but now walking the streets of the birthplace of republican government, i was both at awe and struck with realization and familiarity that the world was a much smaller place back then, and people were still people.  but still, i found myself even more enthusiastic about what i was taking in than what i had seen in the colosseum.  the colosseum was a place of battle for mighty warriors, but the roman forum had been a place for mighty minds, and many legends had shared the same stone streets i was now treading.  ceasar himself had likely stood exactly where i was standing at one point.  the thought gave me both an eery sense of unease and a respectful awe at the same time.

after we had wandered around for almost two hours, i located dave and we agreed it best if we start heading back.  dave mentioned that he really wanted to stop by an outdoor retailer so he could get a better pair of active pants for hiking that we would likely be doing in colder croatia.  i looked at my watch and shrugged.

“just be quick about it, let’s not miss our flight over it.”  i said in a motherly tone, trying my best not to sound motherly.

an hour later dave returned to our room, satisfied that he’d finally located the specific pants he had been looking for.  mindful of the time, but not wanting to be pushy, i busied myself on my laptop, trying to get any last minute research done before venturing into the exotic land of the balkans.  my hope was that dave would realize the time on his own if i gave him space, and i also knew that, this being his first real backpacking experience abroad, i wanted him to learn these things on his own, as those learnings are much more valuable than when being taught by another.

an hour later, i couldn’t help myself. i impatiently walked back into the room to discover dave struggling to fit all his items in his bag (on top of the pants he had just bought, he was also transporting a bottle of chianti from one of the vineyards we had visited in tuscany, as well as the remainder of the woodford reserve that we hadn’t touched since drinking most of it with carlo in genoa.

“sorry dave, but we probably need to leave now,”  i stated, doing my best to hide my surprise that half of dave’s possessions lay sprawling across the bed.

“yeah i know, but i just can’t seem to get this all to fit.  i don’t get it, it fit fine when we got here the other day…”  he scratched his head.  i waited a moment trying to process what to do.

“okay, difficult decision time. this is what backpacking is all about.” i said, trying to take control of the situation. “sorry but the wine has to stay, give me the whiskey, i’ll pour what’s left into a flask i have.  sorry, but booze is a luxury at this point.” dave nodded and started stuffing clothing back into his backpack.

20 minutes later we were back at the train station being informed that there were no more trains headed to the airport for another 20 minutes.

“it’s okay, we’re going to be fine.  we’ll get on that next train, and then we’ll just run through the airport” i said aloud, trying to reassure dave, but not believing my own lies. we went to our platform early and waited for our train, watching all the people scurrying this way and that to reach their train on time.  i had not yet missed a flight on my trip yet, but i was very worried that this would be the first time.

our train finally came and we rode silently all the way to the airport, quietly thinking about the consequences of a missed flight.  would this ruin our ability to get to croatia?  the only reason we had purchased this flight was because it was the only cheap tickets within a 2 week window (due to the christmas holiday) and it would have taken two days to get into croatia by train and bus combo.

we made it to the check-in counter and were informed that we had missed the deadline to get through security by 5 minutes. what’s worse, there was only one other airline offering a flight to dubrovnik, croatia within in the next few days and it would be more than three times what we paid for our initial flight.  i let a few obscenities fly under my breath and then set my bag down and took a short walk.  i was fuming and i needed a moment to get it out of my system.

i eventually returned to dave and sat down next to him.  i didn’t know what to say.
“well those are the most expensive pants i’ve ever bought,” dave offered with a sheepish grin.  we both broke out into laughter.  dave was much better at breaking the tension than i.
“sorry, i kind of lost track of time.  i didn’t realize…” dave began to apologize.  i cut him off.

“no, it’s not all your fault.  i didn’t want to rush you. i should have just pressured you a little.  plus, everything would have been fine if we made that first train.  and that gate lady didn’t do us any favors either.  we certainly didn’t do ourselves any favors.   i think we were just unlucky is all.”   there was no sense staying angry about things, it was time to make the best of things.

this week’s audio action comes from los angeles band “the bird and the bee.”  back in the days long ago when i lived in hollywood, i had a chance to catch one of this band’s very first shows, and i remember being particularly dancey when they covered an excellent version of hall & oats’ “i can’t go for that.”  they had the whole crowed at spaceland turnt.  it was good fun.   and now here we are 7 or 8 years later and they are still churning out fun, understated little dance jams that now inexplicably feature music videos with patton oswalt and that actor from that horrible sitcom about nerds.  anyway, here is “will you dance?” by the bird and the bee. enjoy…

and for those following along on spotify…